Many people don’t know this, but at the age of 24 I had a stroke! I know crazy right?!

I had just given birth to my youngest daughter Kari, and on the recommendation of my ob/gyn I started taking birth control pills. Almost instantaneous I began to have adverse effects. My skin and eyes turned bright yellow and I started having tremors in my extremities as well as loss of feeling in my fingers.

It was when Kari turned 6 months old, that things really shifted. I started having seizures several times a day and ultimately a stroke. My doctor determined that the birth control pills were the culprit. ☹

I spent the next year, healing and recovering from something that at the time I thought was only supposed to happen to “old people”. I learned much about strokes and this is partly why I became a Certified Pharmacy Technician over a decade ago.

More than seven million Americans just like me are stroke survivors. Nearly 75% of strokes are associated with high blood pressure. Other risk factors include:
• Sedentary lifestyle
• Obesity
• Poor diet
• Smoking- Smokers have up to four times increased risk of stroke.

If you have high blood pressure or any of these risk factors, talk to your doctor about creating a plan to reduce your risk of stroke.

In Feng Shui the area associated with the head is the Northwest or helpful people sector. It also represents the man of the house, mentors, and international travel.

If you suffer from migraines, sinus problems, eczema or even dandruff look at the northwest corner of your home.
If you have either fire or water in this corner, boost the metal energy of the northwest by adding earth, which produces metal. This can be a crystal bowl, ceramic objects, or gems and crystals. Metal objects and colors will also boost this sector.

Our brain is our greatest asset, or it can be our greatest enemy if we allow it to become cluttered and disorganized. Just as clutter in our environment causes problems, clutter in our brain can be catastrophic.
The more organized you are the less likely you are to fall victim to stress related problems. Clutter is a mirror of your mind. If you want to change your mind, start by cleaning and organizing your space! 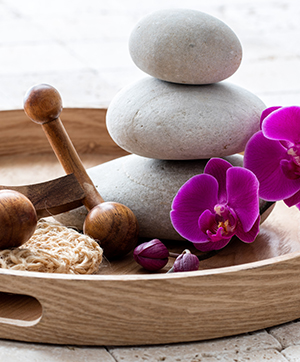 30 daily lessons designed to unblock what’s holding you back and move you towards abundant health, love, and prosperity.